Got an email to do another inside illustration for the Observer, this time about Paul Ceglia. For those of you who don't know him, Ceglia is a convicted drug con (among other things) and claims to be one of the founding benefactors of Facebook. He apparently has an email from 2003 between himself and facebook founder Mark Zuckerberg, in which they discuss how Ceglia asked for too much ownership of the company, and Zuckerberg could only let him own 50%.

Below, I wanted to include the initial sketch with my original idea in addition to how it turned out in the end. 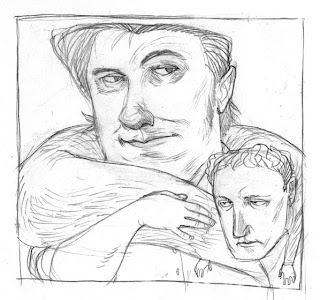 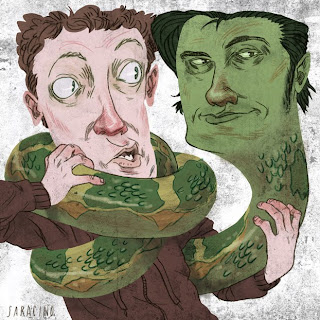 Posted by David Saracino at 3:42 PM