So...I know it's been awhile since my last post, but I've been very indisposed for the last month working on a very detailed, large project for a client; more on that later....

But for now, I'd like to introduce you to my new baby. 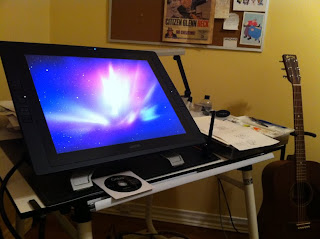 And for size reference, here's another pic of it next to my 17" MBP: 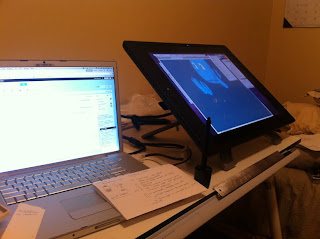 It's been a very intense new addition to my workstation, and as you might imagine, very intimidating. However, I decided to finally use one of my days off to really start fooling around and get my hands dirty. This is the result: 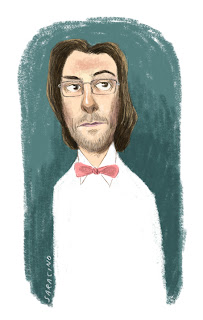 It is a portrait of Martin Starr in his role as Roman in Stars' short lived drama "Party Down." You probably remember Martin mainly from "Freaks and Geeks," but I've been on a major Party Down binge recently, and he's got such great character to him.